After a chilly night in camp, we headed into the town of Jasper seeking a hot breakfast. The forecast showed heavy cloud cover all day so we opted for a relaxed day in town. We rented a room in somebody’s house (Canadians call this a Home Stay). It worked out great. Internet and showers were a real perk. From the Home Stay we could easily stroll into the heart of Jasper. The town is cute and walkable with many unique shops. We did some grocery shopping to get food for tomorrow’s three day backpacking trip to Berg Lake. And we had two food firsts: we ate Tim Hortons donuts and a vegetarian version of poutine. Both were yum.

We had heard that star gazing at Maligne Lake was incredible, so we set out in the evening despite the continued clouds over head. You never know what will happen.

Our first surprise was seeing this herd of bighorn sheep walking down the road!

Then we saw a fascinating waterbody. It was a wide shallow lake with a brilliant turquoise river branching through it. It was really beautiful.

We learned that this lake was named Medicine Lake by aboriginal people because of its seemingly magical powers. The lake behaves unusually due to its unique drainage system — the water exits through sinkholes in the bottom, rather than a visible outlet. In the warm summer months, glaciers melt more quickly, increasing the flow of the Maligne River. The river fills the lake faster than water can leave the sinkholes. This gives Medicine Lake the appearance of a traditional alpine lake. In the colder months, incoming melt water slows and the lake begins to disappear through the sinkholes. The lake then becomes a mudflat with scattered pools. We were happy to witness Medicine Lake’s in-between stage.

We continued driving and reached an almost completely deserted Maligne Lake. Though the clouds remained and no stars could be seen, it was a lovely spot. We walked around the lake’s edge until it started raining harder.

The next morning we woke to snow. An inch or so of snow in the Canadian Rockies in mid-September isn’t crazy. The bad news was that much more snow was forecast to fall later in the day. Our backpacking trip to Berg Lake in Mount Robson Provincial Park would have to wait until another trip. We decided to head back south to lower elevation via the Icefields Parkway.

The snow didn’t stop us from enjoying a number of roadside vistas. We stopped at Goats and Glaciers viewpoint (near the Mount Kerkeslin viewpoint sign) hoping for a mountain goat sighting.  The goats were out of sight — they must have been hunkering down for the storm. But the scene was still fantastic. 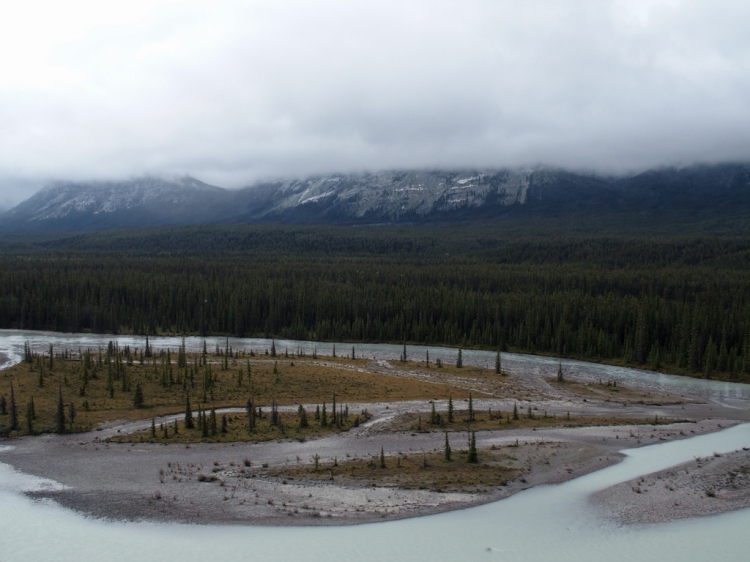 Not long into the drive, the snow began to fall thick and heavy. 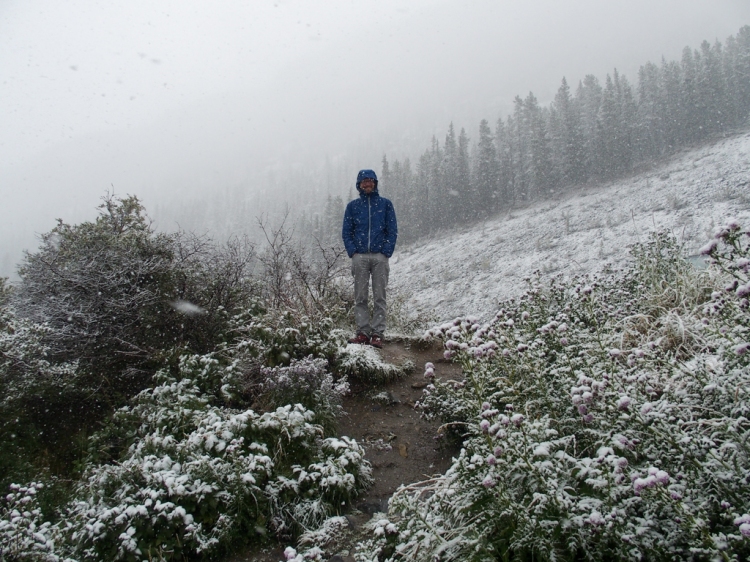 Covered in a blanket of snow, the scenery took on a fresh new look compared to our drive on the Icefields Parkway just a few days earlier. The weather in the Rockies is famously variable, and we were experiencing that first hand.

Driving on through heavy blowing snow, we were glad to make it out of the mountains and to a simple hotel. Since we now had a few extra days, we shifted our attention to Waterton Lakes National Park, the Canadian side of Glacier National Park. We were excited to explore the neighbor of our favorite national park. 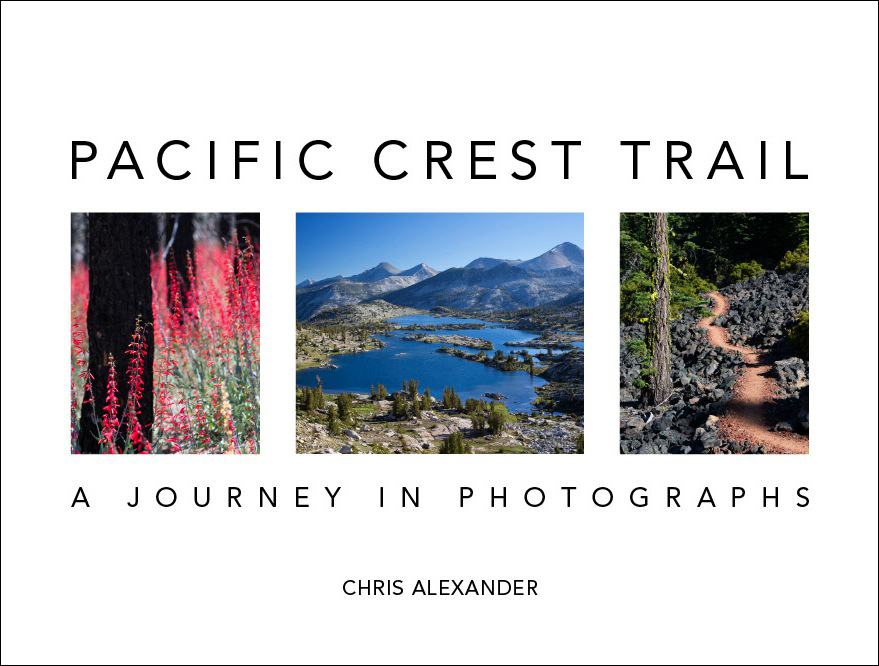