Our first night on the Appalachian Trail brought bitter cold and powerful wind. We had planned for cold weather but 9 degrees (with wind chill) chilled us to the bone. Neither of us slept much.

In the morning when we pulled the tarp stakes out, clumps of dirt were frozen so solidly to the stakes that we couldn’t remove the dirt. We finished packing up quickly and started hiking to get our blood flowing. Gradually our fingers and toes began to defrost.

As we warmed up, Shutterbug began to notice that his left knee was sore. The pain was slight but it was bothersome to swing his leg forward, especially on downhill sections.

Between lack of sleep and knee pain, Shutterbug was in a sour mood and in need of a lengthy break. We found a quiet sunny hillside, pulled out a sleeping bag (it was still fairly cold) and took an afternoon nap.

Slightly rejuvenated, we hiked a few miles further through towering trees. It had been a tough day, and we were glad to set up camp and start fresh tomorrow.

Our second night on the trail was cold, but not brutally so. With a low in the 30s we slept much better. We were excited to hear a barred owl hoot in the night. Its distinctive call sounds like “who cooks for you, who cooks for you all?”

We were in good spirits as we headed down the trail. 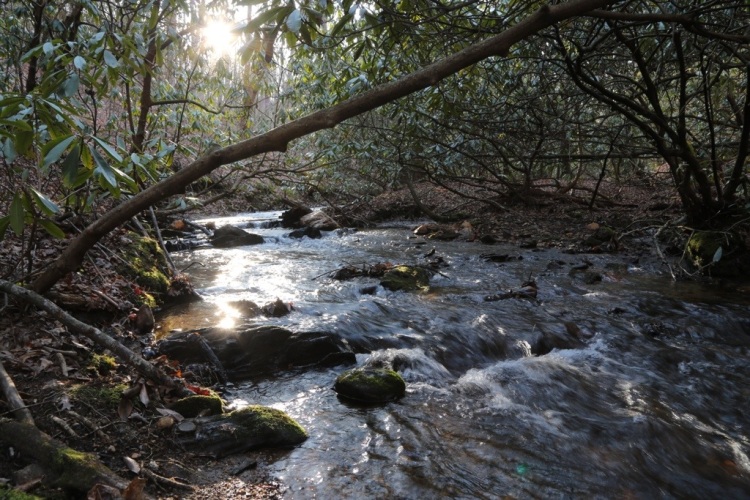 Unfortunately all of yesterday’s problems weren’t behind us. Shutterbug’s knee began to complain again after about five minutes of walking. The pain quickly became worse than yesterday. It was discouraging to have a recurring pain so early in the hike. In addition to ibuprofen and icing with cold creek water, we decided to take more frequent breaks. Our first break decision was made easy for us as we came upon SoWay and Miss Janet giving trail magic breakfast sandwiches to a large group of hikers. Thanks!

We headed up Ramrock Mountain and called another rest break when we spotted a view through the trees.

Upon reaching Woody Gap we met Scott, a registered nurse who treats hikers’ ailments on a donation basis. He couldn’t diagnose Shutterbug’s knee issue but taped around the knee to relieve some of the pressure. His taping technique was a bit odd, but it reduced the pain for the rest of the day’s walking.

As evening fell, we set up our tarp in an area with a number of other hikers. 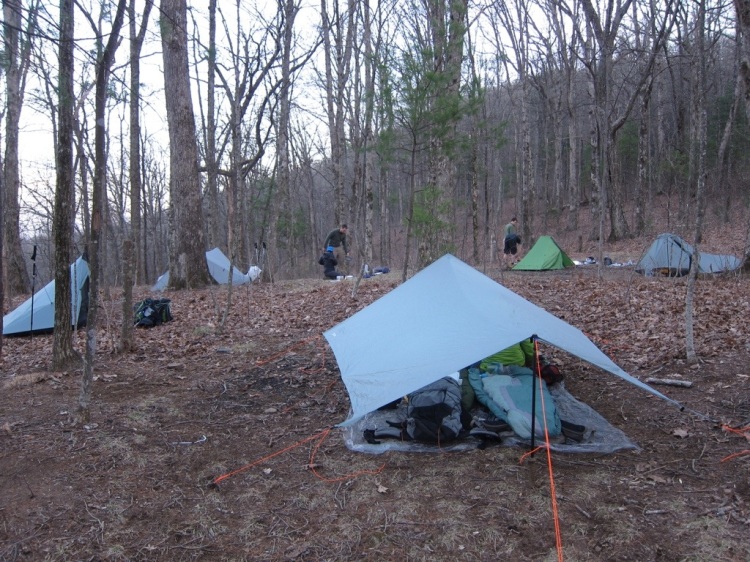 The night was windy but relatively warm. We packed up at sunrise. 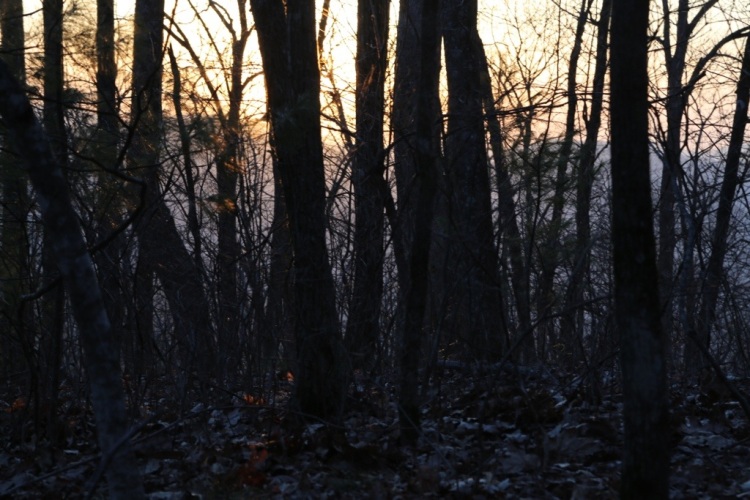 Today Shutterbug’s knee pain remained stable due to the taping. About a mile into the day we met trail angels Indiana Jones and Map Girl giving out clementines and apples. We welcomed this treat as we began our climb to Blood Mountain. A few hours later we reached the summit with excellent panoramic views.

On the way down the mountain we met James giving out apples to thru hikers. It’s amazing how much trail magic there is on the AT! The path down was steep. 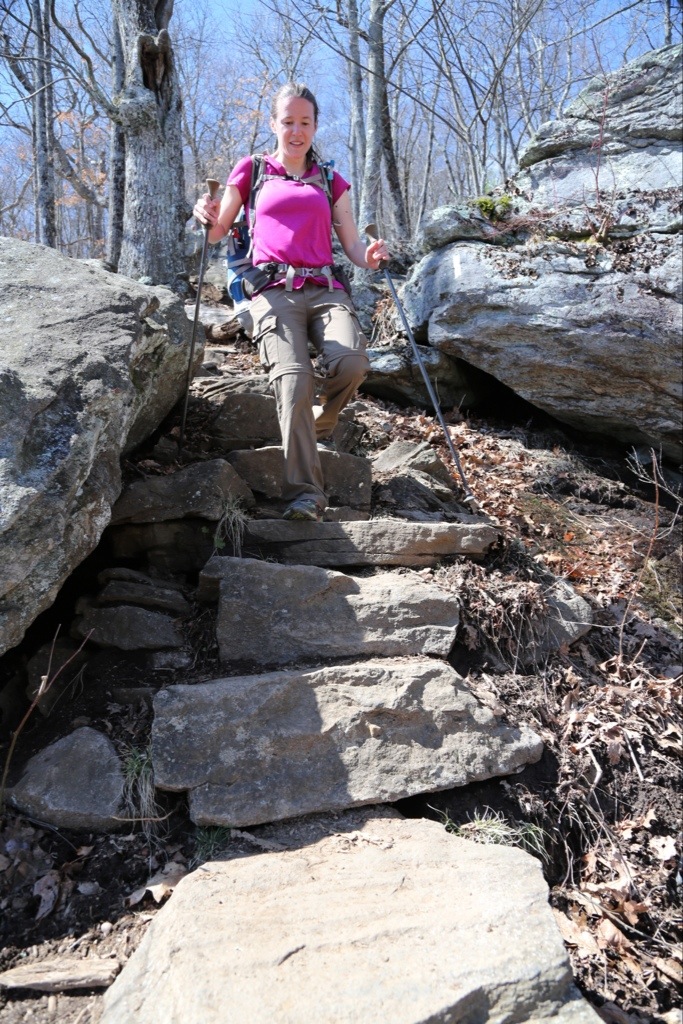 At the bottom we reached Neels Gap where the AT crosses US 19. Crowds of hikers and bikers were gathered at Mountain Crossings, the local outfitter. Originally we had planned to pick up our first food resupply box there and immediately get back on the trail, but Shutterbug’s knee pain caused us to reconsider. We opted to take a few rest days in a nearby town.

A section hiker named Hardy Girl and her friend Anna kindly gave us a ride to Blairsville, GA. We hoped this small town would be a good place for us to rest and heal Shutterbug’s knee.