Last weekend we headed up to Rocky Mountain National Park hoping to cross paths with our Pacific Crest Trail friends Mama Bear and Monkey. Their trail names might ring a bell because when she was 9, Monkey became the youngest person to thru hike the PCT. This summer Mama Bear and Monkey are tackling a large section of the Continental Divide Trail (CDT) from the San Juan Mountains in southern Colorado to Yellowstone National Park in northern Wyoming. They are updating an engaging, well-written blog as they hike.

We’ve been texting back and forth during their trek trying to figure out a good time and place to meet up. Last Thursday they informed us that they expected to be in Grand Lake, CO on Saturday afternoon. We changed some plans and headed up, up, up to the Continental Divide. Water that falls on one side of the Divide ends up in the Pacific Ocean. Precipitation on the other side flows into the Atlantic. 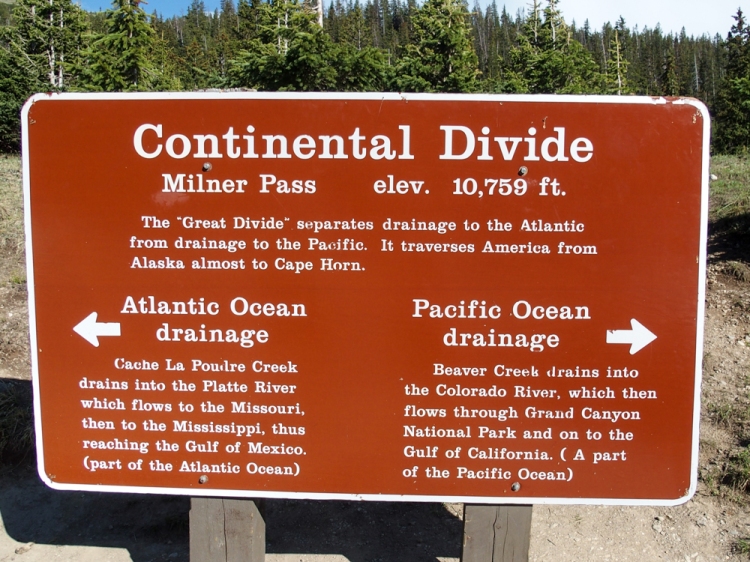